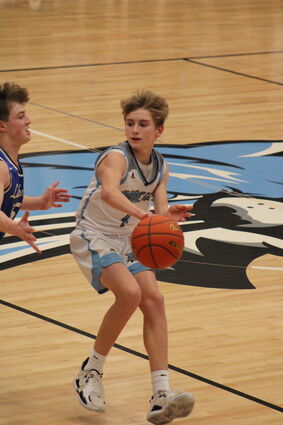 Despite owning a three-point lead at the half, the Bobcats could not contain Lutheran High, Friday, losing 46-32.

The Eagles relied on strong three-point shooting, especially in the third quarter, to fly past Summerland.

Two freshmen led the Bobcats. Alec Schindler scored 10 points and Sam Cheatum added nine. As a team, Summerland shot 41% from the two-point range, knocking in seven of 17 shots. From the charity stripe, the Bobcats went 12 of 19, shooting 63%.