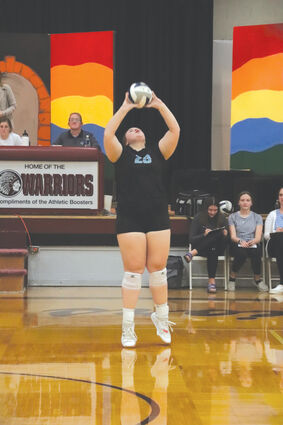 Focus • Natalie Stallbaum keeps her eyes focused on the ball as she maintains position and sends a set to a teammate. Summerland defeated Neligh-Oakdale, during an Oct. 7 match in Neligh

After dropping a 23-25 set to Neligh-Oakdale, the Bobcats roared back and added a win to their record, Thursday.