Thanksgiving memories: Some good, others ... not so much 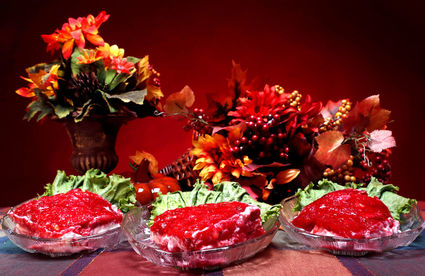 Holiday fare • Mom's famous Strawberry Nut Salad is the only way to go. Made with strawberry gelatin, sour cream, pineapple and nuts, it's tasty and colorful for a holiday table.

Growing up, Thanksgiving was pretty laid back in my house.

As I've mentioned before, I grew up in Oshkosh, but both of my parents were born and raised near Valentine and that's where most of their families still lived.

My dad worked for the local power company; he and a lineman were the service crew for the area. Someone always had to be there "on call." He worked over Thanksgiving so he could take Christmas off and spend it in Valentine with family.

So usually, it was just Mom and Dad and me. Occasionally some of the crew from Valentine would join us, but that was rare.

Even just for the...