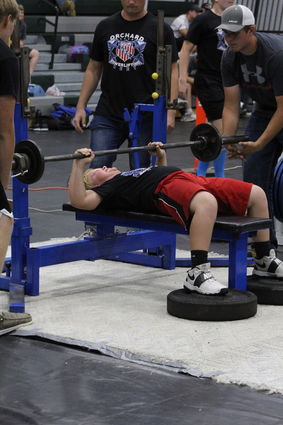 The 2020 Orchard AAU Powerlifting Meet was June 27, nearly three months after the original April 4 date set on the calendar.

"These 22 lifters had an outstanding day for the home crowd, setting numerous personal bests and even some state records. The entire field of competition saw eight different lifters set a total of 34 state records and one American record on Saturday," said Head Coach Jeff Shabram.

Among the group was Summerland's Wyatt Shabram, who set th...