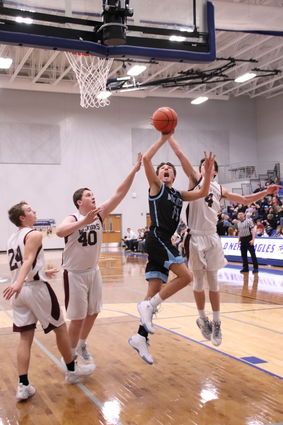 Gage Clifton scored 13 points and Connor Napier grabbed six rebounds in the Bobcats' 62-40 loss to Neligh-Oakdale in the opening round of Class C2-6 subdistrict play, Monday, in O'Neill.

The Warriors jumped to a 20-7 advantage in the first quarter, but the Bobcats narrowed the margin to 26-17 at the break.

In the third quarter, the Warriors offense raced to score 23 points, while their defense limited Summerland to 11.

The Bobcats added a dozen points in the final quarter.

While the Bobcats shot 53% from the charity stripe and made 9 of 20 two-point shots, the team struggled from the perime...