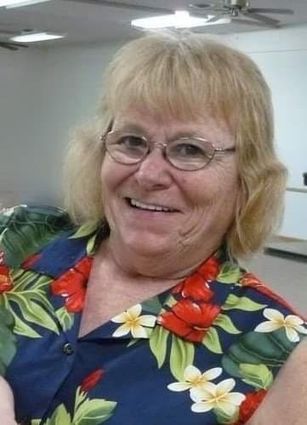 Funeral services for Maureen "Mikki" Bouchard will be Thursday, Jan. 16 at 1 p.m. at The West Center Chapel, 7805 West Center Road, Omaha, with a burial following services in Evergreen.

Mikki, 71, of Omaha, died in her home after a battle with cancer, Jan. 10, with her children and sisters by her side.

Mikki was born Nov. 3, 1948, in Denison, Iowa, to Jeff and Evelyn Hinze. ​She was baptized at Zion Lutheran Church in Denison. After her youngest sister, Kathy, was a year old, her family moved to Clearwater​. There, she was confirmed at Concordia Lutheran Church in 1963. She graduated from Clearwater Public School with the class of 1967. During her high school years Mikki participated in volleyball, band, choir and school plays.

She was a second mother to her younger sisters, as her parents owned and operated Clearwater Lanes, where she also earned a wage at setting pins for 10 cents​ a game.

Mikki graduated with an associates degree in accounting from CE School of Commerce, with additional classes studied at University of Nebraska Omaha for accounting and computer science. She retired from Blue Cross Blue Shield of Nebraska accounts payable department in March 2018.

Her first husband was Charles "Charlie" H. Cook III, who she married​ in​ February​ 1973, and had three children.

Her sisters are Carla (Eli) Jacob of Clearwater and Kathy (Hemenway) (Marv)​ Kallhoff of Gainesville, Texas.

If there was a garage sale a mile away, Mikki definitely could spot it. She enjoyed antiquing and finding the most unusual and unique finds at sales. She had a love for collecting, most notably, her Kewpie collection; if she had one she has 100s. Family was very important to her, on her worse days, she managed to ask how things were going with us.

Preceding her in death were her parents, Jeff and Evelyn Hinze; son, Chad at age 6; husband, Mike, and brother-in-law, Dan Hemenway.