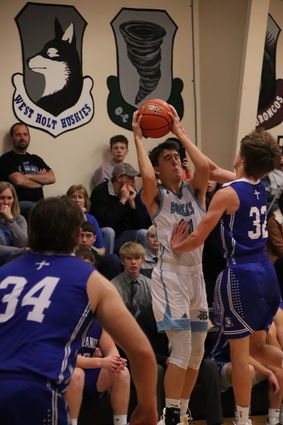 The Summerland Bobcats couldn't keep up with Humphrey St. Francis, Thursday, as the Flyers sailed to a 70-7 victory in Ewing.

The visitors held Summerland to 4 first-quarter points and prevented the local players from scoring in the second quarter.

Turnovers once again plagued the Bobcats, as they gave up the ball 27 times.