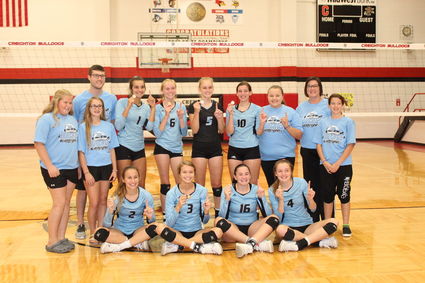 Brenna Wagner sent 12 kills to the floor and ended with 9 digs in the match.