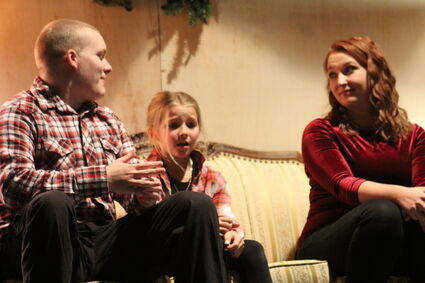 The 10-minute holiday play, inspired by the Christmas song, opened Dec. 17 at the Orchard Community Center. The script was penned by Orchard resident Don Lallier.

Following the production, Santa Claus paid a visit to the community center, listening to wish lists of area youths.