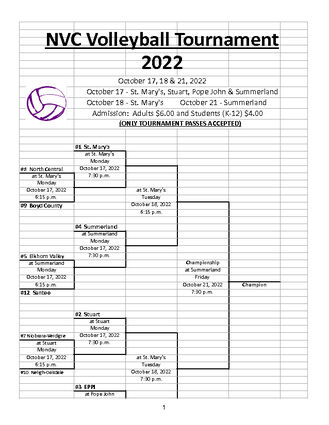 The Lady Bobcats enter as the fourth seed in the event, with games scheduled over three days.

At Summerland, Elkhorn Valley enters as the fifth seed. They will face Santee, seeded 12th, at 6:15 on Oct. 17. The winner of the match will play Summerland at 7:30 p.m..

North Central will square off against Boyd County, Monday, at 6:15 at St. Mary's. The teams begin tournament play as the eighth and ninth seeds, respectively. The win...