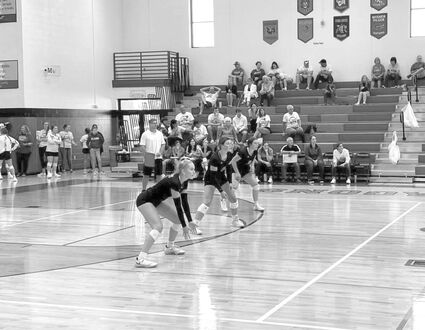 Defensive stance • (l-r): Preslie Robertson, Ady Mlnarik and Ella Bolling await a serve during a match against Humphrey St. Francis, Saturday, at the Madison September Classic. The Bobcats finished the day with one win and dropped to sets.

Summerland's volleyball team advances to 14-6 on the season, after dropping four of five matches last week.