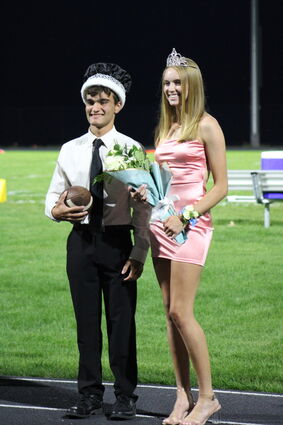 Alec Thiele, son of Jim and Leenda Thiele, and Hadley Cheatum, daughter of Dana and Rachael Cheatum, of Page, were named 2022 homecoming king and queen for Summerland School.

The announcement was made during halftime of the Bobcats game against Lutheran High Northeast, Sept. 16.

Representing the sophomore class were Lydia Robertson and Connor Thoms...