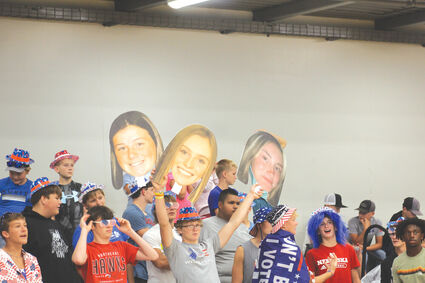 Lydia Robertson and Hadley Cheatum led the squad with five kills each. Caydence Schumacher finished the match with two kills.

After downing EV 25-12, the Lady Falcons gave Summerland a run for the money in the second set. The Bobcats held on to claim a 25-22 win.