Stanton doubles down on Titans 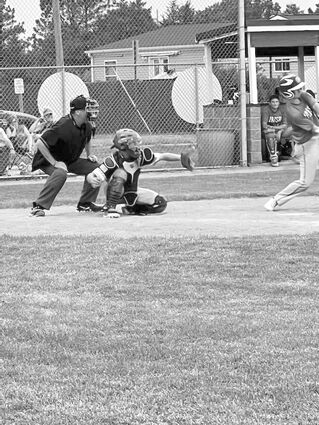 Catch • Connor Thomson waits for the ball to reach the catcher's mitt during a recent Titans Junior Legion game.

Aside from the bottom of the second inning, it was a close game throughout. Coach Jeff Shabram said his Titan squad showed "much improvement."

"Especially when compared to when Stanton traveled to Orchard to play the second game of the season," he said.

The final score of Tuesday's game was Tri-County juniors, 8 and Stanton seniors, 16.