Shining a light on autism 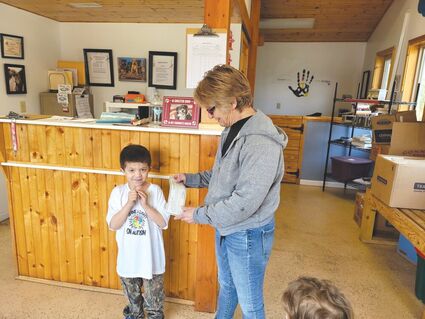 Donation • Zekiel Kaiser presents a check for $450 to Dianna Kohl, a Holt County Animal Shelter volunteer. The donation came from proceeds of a T-shirt fundraiser, for Autism Awareness Month, at Summerland School.

Zekiel Kaiser, a preschooler at Summerland Public School, was successful bringing a light to both causes last April.

Kaiser was born on Jan. 5, 2016. When he was brought home, his mother, Courtney Soper, noticed he would eat and immediately vomit everything up.

"He couldn't keep anything down and progressively got worse. He wasn't gaining weight and in general, was 'cranky,'" said LuAnn Schindler, Zekiel's grandmother.

During the first few weeks, Soper took her son in for a routine checkup, where she expressed con...