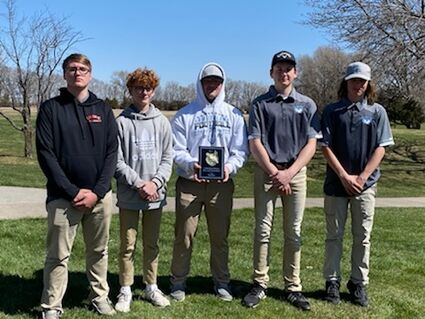 Norfolk Catholic claimed the team title, shooting 347. Summerland finished with 382, edging out Elgin Public/Pope John, which ended with a 386. Freshman Michael Koenig made the medal cut, finishing seventh after shooting an 88. Mlnarik finished with a 95; Miller, 99; Potter, 100 and Rotherham, 104.