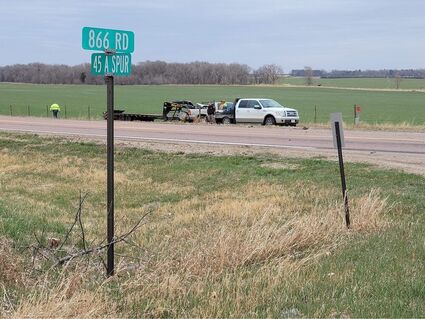 A 49-year-old Clearwater man has died as a result of injuries sustained in an accident, approximately 1.5 miles south of Page.

A 2000 Chevrolet Silverado pulling a gooseneck trailer, driven by Addison Woodard Jr., 49, of Clearwater, was northbound on 45A spur when it collided with a backhoe driven by John Larson of Valley, Ne that was attempting to turn east.

Woodard was pronounced deceased at the scene. The family has been notified and the crash is still under investigation by the Nebraska State Patrol.