Cardinals control Summerland in second round 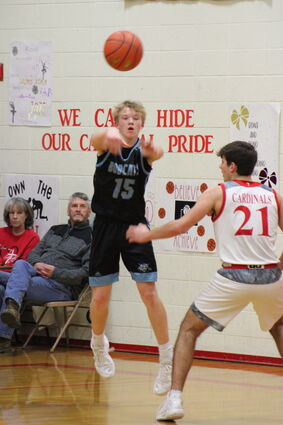 Keegan Smith pumped in a dozen points in Summerland's 75-33 loss to St Mary's.

The teams played in O'Neill, Feb. 1, during the second round of the Niobrara Valley Conference basketball tourney.

Aidan Hedstrom scored 22 for the Redbirds.

The Bobcats connected on only eight of 26 two-point attempts and made five of 16 three-pointers, averaging 31%.

The Bobcats had limited opportunites at the charity stripe, dropping two of eight shots.

The Bobcats travel to Elgin Public/Pope John, Feb. 10 and h...