Food is the language for both loves 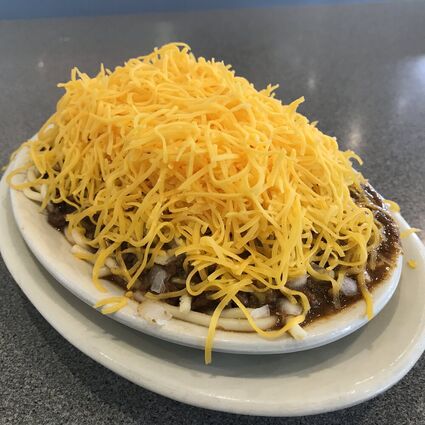 Some weeks ideas for this column come easy. Others, not so much. Sometimes they just come together. Other times, I sit in front of my computer, deadline on the horizon, and have no idea what I'm going to share.

This week was different from either scenario.

There is too much to choose from.

With the big game on Sunday and Valentine's Day on Monday, I had a dilemma: Which one to choose as the focus for this column? Tasty tailgating snacks? Or a romantic holiday dinner to fix for your sweetheart? And then I began to wonder why I've never come up against this before?

The answer, it seems, is quite simple. The NFL added an extra game to its regular season schedule, therefore pushing the championship game back a week from its traditional date, leaving the two "holidays" to share a weekend.

Turns out, I'm not the only one with a problem. Restaurants that are usually quite busy the entire weekend when Valentine's Day falls on a Monday (many even are open on Sunday night when they are usually closed), have no idea what to expect on a night when literally millions of people are expected to be parked in front of their TVs watching the Cincinnati Bengals take on the Los Angeles Rams.

With all that in mind, I decided to take the easy way out: You are getting a couple of recipes for Super Bowl parties (one for Bengals fans, the other for those cheering on the Rams) and a favorite sugar cookie recipe that you could make look like footballs or classic cut-out valentines.

The romantic dinner? Sorry, you're on your own for that. If you're stuck, order take-out.

A friend recently brought me a plate of sugar cookies as a thank-you gift. They were some of the best I've ever had. But it wasn't just the cookies that were delicious - the glaze was perfect.

When I asked her secret she was hesitant to tell me at first, then confessed the recipe was straight from Betty Crocker. According to its website:

"We consider this the best sugar cookie recipe out there - because it's the kind your grandma or even great-grandma would recognize. Baking sugar cookies from scratch is a time-honored tradition, after all! With a tender, short texture that comes from a good buttery base, these cookies break with just the right balance of bend and snap. And the taste? Perfection.

"But when it comes to the perfect sugar cookie recipe, there's one more crucial factor: how easy your cookies are to decorate. We've come up with a simple glaze that's easily tintable, covers smoothly and dries firmly so that you can stack your finished cut-out sugar cookies without fear of smudging them. However you choose to decorate them, dress these sugar cookies up in holiday style, and they'll be the star of every festive gathering."

In large bowl, beat 1-1/2 cups powdered sugar, the softened butter, 1 teaspoon vanilla, the almond extract and egg with electric mixer on medium speed, or mix with spoon, until well blended. Stir in flour, baking soda and cream of tartar. Divide dough in half; shape dough into 2 disks, and wrap in plastic wrap. Cover and refrigerate at least 2 hours.

Bake 7 to 8 minutes or until edges are light brown. Cool 1 minute; remove from cookie sheets to cooling racks. Cool completely.

In medium bowl, beat 3 cups powdered sugar, 3 tablespoons milk and 1/4 teaspoon vanilla with spoon until smooth and spreadable. If frosting is too stiff to spread, add additional milk, 1 teaspoon at a time. Tint with food color. Spread frosting on cooled cookies. Decorate as desired with colored sugar or candy sprinkles. Let stand about 4 hours or until frosting is set. Store covered in airtight container at room temperature with waxed paper between layers.

"Certain people, perhaps even most people, will deny that Cincinnati chili is chili at all," says food writer Daniel Neman. "But Cincinnatians will actually look at you squarely in the face and insist that not only is it chili, it is the finest version of chili known to man. I happen to be from Cincinnati, and I am here to tell you that Cincinnati chili represents the pinnacle of all chili varieties and is the ultimate expression of chili evolution."

Just don't think of it as chili in the sense of any other chili you have ever known, he says. First of all, it is less a soup than a sauce. It is spread on top of a bed of spaghetti (known as "two-way") and then topped with a mound of shredded cheddar cheese (three-way). A thin layer of chopped sweet onions or kidney beans (four-way) - or both (five-way) - is spooned out by request between the meat and the cheese. It is traditionally served with oyster crackers on the side.

"The chili, or what we Cincinnatians call chili, is seasoned with cinnamon and cloves and, often, chocolate (you won't really taste it, but your mouth will be glad it's there)," he says. "Some versions add allspice, as does mine, and others go for nutmeg. But that's just weird."

The story, Neman says, is that a hungry man stopped into a Cincinnati restaurant more than 90 years ago and asked for a bowl of chili. The owners, two brothers from Greece, had never heard of the stuff and asked the man to describe it. He explained it as well as he could, and then they made what they thought that sounded like - but using the spices common in Greek cooking that they were familiar with, such as cinnamon and cloves.

The result became instantly popular around the region, but really nowhere else. Some people love it. Some people hate it. Neman considers it "the nectar of the gods."

Place beef in a large pot and add broth. Bring to a boil, stirring occasionally with a fork to separate the meat into a fine texture. Cover, lower temperature and simmer 30 minutes.

Serve over a bed of spaghetti, then top with shredded mild cheddar cheese. Serve oyster crackers on the side. If desired, add a layer of kidney beans and/or chopped sweet onion between the chili and the cheese.

Coming up with a recipe for the Rams, was a little more difficult. What food best represents Los Angeles?

Celebrity chef Wolfgang Puck has been cooking for Hollywood’s biggest names at the Governors Ball following the Academy Awards for a quarter century. His mantra for how to throw a great party: “You have to be fast, and the recipes have to be simple.’” 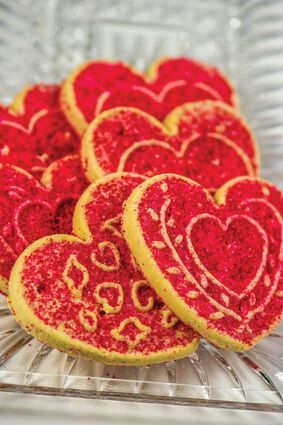 Make 12 meatballs by rolling beef mixture between your palms; transfer to a baking sheet. Flatten tops slightly. Drizzle with oil and season both sides with remaining 3/4 teaspoon salt and 1/2 teaspoon pepper.

Arrange patties on oiled grates; grill, uncovered, for 3 minutes. Flip, then top each with 1 piece cheese. Grill, uncovered, until cheese is melted and beef is cooked through, about 2 minutes. Meanwhile, put buns, cut-sides down, on grate; grill until toasted, about 1 minute.