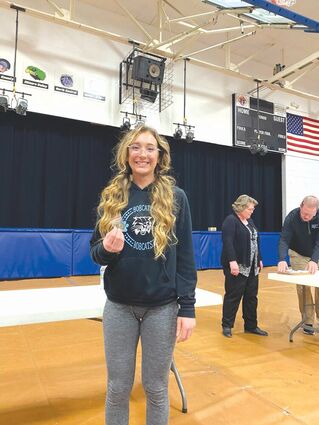 Neligh-Oakdale's presentation of Puberty: The Game Show earned ranks of one, two and five and received 170 rating points to take home the conference championship.

Pope John kept the runner-up trophy, edging out out Summerland by one rank point. EPJ finished with ranks of one, two and three and received 169 ratin...