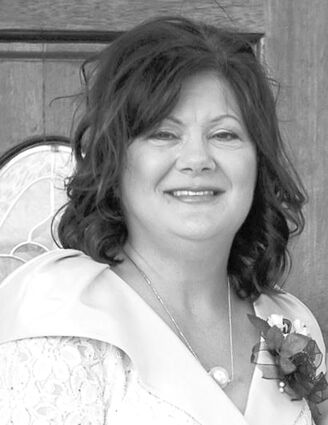 Funeral services for Paulette (Walnofer) Anderson, 61, of Rogers, Arkansas, were Monday, Sept. 6, at Full Gospel Church in Ewing. Burial was in the Butte Cemetery in Butte, Nebraska. Paulette passed away peacefully Aug. 29, 2021, surrounded by friends and family, at Washington Regional Medical Center in Fayetteville, Arkansas.

Memorials may be directed to the family for future designation.

Arrangements were entrusted to Biglin’s Mortuary in O’Neill.

Paulette was born to Robert and Bernadine (Thramer) Walnofer, Feb. 24, 1960, in Neligh.

She graduated from Ewing High School and received a finance degree from Wayne State College.

She supported Mark through many moves around the country, from Texas to Colorado, Iowa, Nebraska, South Dakota, Kansas and Arkansas.

Paulette was an exceptional wife and mother. She made her kids her life’s mission, from home-schooling to 4-H to attending multiple sports events.

The past few years of her life were sweetened by the presence of grandkids and soaking up their sweet smiles.

Paulette’s flourishing Christian walk was apparent to those around her and it was her life’s testimony to share Christ’s love, specifically with children and mothers. She was consistently involved in her local church, starting and attending many Missionette’s programs, mother’s Bible studies and supporting local pregnancy crisis centers.

Paulette was preceded in death by her mother, Bernadine Walnofer.