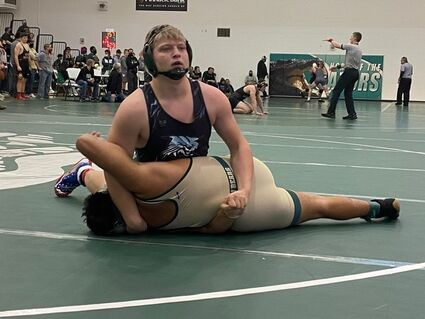 Push (for a) pin • Colton Thiele positions the shoulder blades of Fernando Gonzalez, of Omaha Bryan, for a pin in a match at the Wisner-Pilgr Invite. Thiele won the 195-pound class.

Rounding out the top 10 in the 16-team field were Clarkson-Leigh, Wakefield, Stanton, Wisner-Pilger and Lutheran High Northeast.