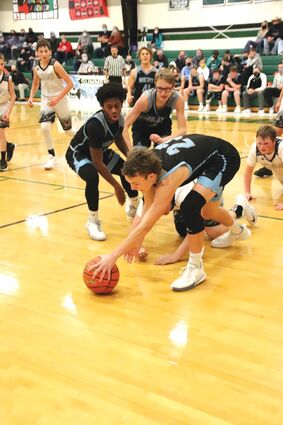 The Bobcats ran up against a familiar opponent in the Summerland Holiday Tournament consolation game with a second matchup for the season against the Chambers/Wheeler Central Renegades.

Summerland got off to a decent start early in play and won its second game of the season, 42-19.

In the first half, the Bobcats played their best offense of the game and jumped out to an early lead, 19-3.

The boys kept the ball rolling and held off the Renegades to take a lead into the locker room.

The Bobcats started the second half with some good defense, holding CWC to only one point in the third quarter.

In the fourth, the Bobcats maintained their lead to cap off a good win and grab third place in the holiday tournament.