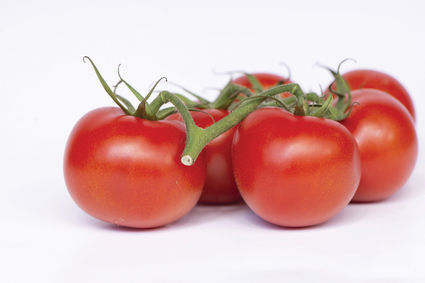 A couple of weeks ago, a lifelong friend and I took a road trip through Western and North Central Nebraska. We checked out Chimney Rock, the Scotts Bluff National Monument, Toadstool Geologic Park near Crawford and the Niobrara River near Valentine. Social distancing was not a problem.

The first night of that five-day trip we spent in Oshkosh, where I grew up and where my travel companion and I met on her third birthday. Her family was new to the neighborhood, her mom was looking for enough kids to make a decent birthday party and since I lived just two doors down the street, I was one of the first she found.

Rachel's dad was a minister and her family moved just a couple of years later, but we stayed in touch through grade school and high school. When my family moved to Osceola after I graduated, her dad was the Methodist minister here. She was attending Nebraska Wesleyan College in Lincoln when I was a freshman at UNL.

But as life was before social media, we drifted apart after college. Since she still had family friends in Osceola, I managed to keep up with a few things going on in her life. I knew she was a NICU nurse in Kansas City, but that was about it. Social media searches found nothing.

But when her dad died a couple of years ago, we reconnected through a post on the local church's Facebook Page. The friendship picked up right where it left off. It's been a true blessing the past couple of years.

But what does all this have to do with food, you might be asking. Don't worry ... I'm getting to the point. Promise.

While in Oshkosh, we took a "down memory lane" tour. Driving past the houses we grew up in, the hospital where her baby brother was born, the elementary school we both attended, the new Methodist church that replaced the one that burned down when I was in the fifth grade - all places that brought back memories of a simpler time.

As always seems to be the case, the houses looked a lot smaller than we remembered. I'm not sure why that is. We took a drive through the alley behind those houses. They still looked small.

While looking at my old house, I remembered the garden my dad used to plant every summer. For most of the 15 years we lived there, the lot next door was vacant; it belonged to a family that lived across the street. My dad got permission to plant a garden and what a garden it was. Flowers along the curb and along the back of the sidewalk. Radishes, lettuce, turnips, potatoes, cucumbers, tomatoes, green onions, sweet corn, watermelon, cantaloupe, green beans, green peppers, carrots, pumpkins, squash and a lot more, clear back to the alley.

It was a sight to behold. He was out there every night after work, hoeing, weeding, watering for hours, giving it a lot of tender loving care. It paid off, both with enough vegetables to feed my family for months and financially as well, at least for me.

You see, I earned the money to buy my first bike from selling sweet corn and cucumbers to the neighbors, a local restaurant and the grocery store. While dad set up the contacts with the cafe and store, it was my job to make sure they were delivered on time and collect the money. I worked hard that summer for those dollars.

But while I might have inherited dad's red hair and green eyes, I didn't inherit his green thumb. My first attempt at my own garden netted a few jalapeño peppers and a couple of sorry looking tomatoes. Lately, I just haven't had the time to devote to a garden. Today, my summer bounty comes from the area produce business that sets up a truck down on the highway every Wednesday.

Another thing I didn't inherit was mom's knowledge of how to "put up" tomatoes and corn. I regret I've never learned to properly can tomatoes or make salsa. A good friend (who has racked up numerous State Fair awards for her abilities) has promised to teach me, but the past few summers something has always come up during the prime time for canning. I haven't given up, it's on my bucket list. I have made freezer strawberry jam, but that's the extent of my repertoire.

What I know about canning, I've learned from the U.S. Department of Agriculture and the University of Nebraska Extension program. If you are using old family recipes to do your canning or other food preservation, I suggest you seek out new information for the safest methods possible. Those old recipes just aren't reliable and I don't want you to die of botulism. We have enough other things to worry about.

Tomatoes are without a doubt the most widely home-canned product in the United States. But to avoid spoilage and the risk of foodborne illness, follow these suggestions from Cami Wells, an Extension Educator for Hall County:

Salsa: Most salsa recipes contain a mixture of low-acid foods, such as onions and peppers. Acid, like vinegar or lemon juice, must be added to prevent the bacteria from growing. Use only salsa recipes that have been research tested to ensure they contain enough acid and follow the directions closely.

Freezing tomatoes: Tomatoes are fairly simple to freeze. Wash and dip in boiling water for 30 seconds to loosen skins. Core and peel. Freeze whole or in pieces. Pack into containers, leaving 1-inch headspace. Seal and freeze.

Use only for cooking or seasoning as tomatoes will not be solid when thawed. Tomato products, such as sauce, puree, ketchup and chili sauce, can also be frozen. Prepare as usual, cool rapidly, pack into rigid containers leaving headspace, and freeze.

Pickling tomatoes: The safety concerns of pickled tomatoes are the same as those for canning tomatoes. When pickling, vinegar is typically added to achieve the necessary acidity. Do not alter vinegar, food or water proportions in a recipe or use vinegar with unknown acidity. Use only recipes with tested proportions of ingredients.

Here is a safe, tested recipe for salsa.

9 cups diced onions and/or peppers of any variety

Wash and rinse pint or half-pint canning jars; keep hot until ready to fill. Prepare lids and ring bands according to manufacturer's directions.

To prepare tomatoes: Dip washed tomatoes in boiling water for 30 to 60 seconds or until the skins split. Submerge immediately in cold water. Peel off loosened skins and remove cores. Remove seeds and chop (1/4 to 1/2-inch pieces).

To prepare hot peppers: Wash and remove stems of hot peppers. Keep or remove as much of the seeds and membranes as you wish, depending on the "pepper heat" of the salsa that you desire. Dice peppers (1/4-inch pieces).

Combine prepared ingredients in a large pot; add lemon juice and salt. Bring to a boil over medium heat while stirring. Reduce heat and simmer salsa for an additional 3 minutes, stirring as needed to prevent scorching.

Fill the hot salsa into prepared hot jars, leaving 1/2-inch headspace. If needed, remove air bubbles and re-adjust headspace to 1/2-inch. Wipe rims of jars with a dampened clean paper towel. Adjust lids and bands. Process in a boiling water canner for 20 minutes (for an altitude between 1,001 and 6,000 feet). Let cool, undisturbed, 12 to 24 hours and check for seals.

Last summer I was looking for a cucumber salad recipe and came across this one. If you use red onion, the salad turns a nice shade of pink.

Be sure to give the sliced cucumbers a little salt water soak, before assembling the salad. This helps to both season them and have them release some of their excess moisture. Making sure that once you add the dressing it won't become a watered down soup.

Put the cucumbers in a large container. Cover the cucumbers with salt water (about 1 teaspoon salt to 1 cup of cold water). Refrigerate for about 2 hours.

Drain soaked cucumbers, rinse thoroughly, and place into a large container with sliced onion. In a separate bowl, stir together Miracle Whip, sugar and apple cider vinegar. Pour dressing over cucumbers and onion. Stir to combine.