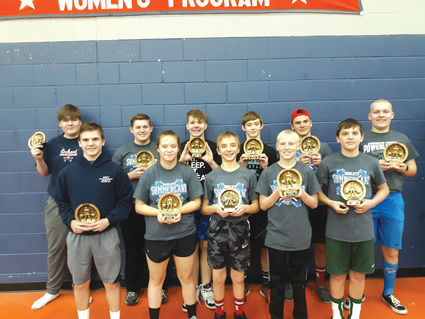 Coach Jeff Shabram said it was a good-sized meet, with 64 lifters competing.

"With a lineup of excellent competition from Nebraska, South Dakota and Iowa, the Bobcat lifters competed very well and did an excellent job in representing our school and communities," the coach said.

All 12 lifters competed hard and set numerous personal bests, according to Shabram.

The next powerlifting meet will be the Class D State Meet, Friday, March 27, at Harvard High School.

Shabram said the team will not attend the March 7 meet at Omaha South, as listed on the school calendar.

The Orchard AAU powerlifting Meet is set for April 4.

The final competition of the season will be July 18, at the Cornhusker State Games powerlifting Meet.