Toast to the New Year 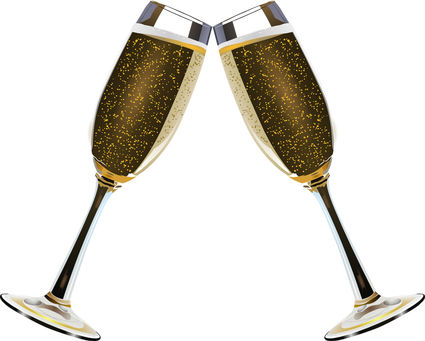 As the clock nears midnight on New Year's Eve, many pop the cork on a bottle of bubbly, offering a toast to new beginnings.

What makes the popular French luxury a must-have when the clock ticks midnight?

The sparkling wine's roots feature an embodiment of religion and royalty.

In the fifth century, wine from the Champagne region in France was used during the baptism of King Clovis. While the wine used more than likely wasn't of the sparkling variety, it resembled a chardonnay or pinot noir.

According to the Christie's Encyclopedia of Champagne and Sparkling Wine, in 1662, English scientist...