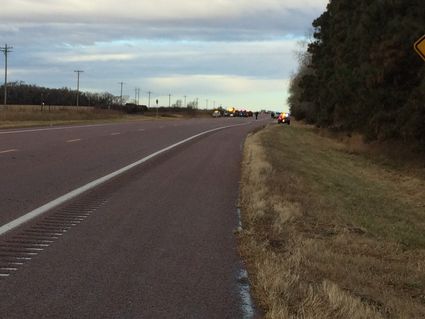 A South Dakota man is in custody following a multi-county case that ended near the U.S. Highway 20 and Nebraska Highway 14 junction, between Royal and Brunswick.

The incident began at approximately 7:30 a.m. Monday, when Cedar County Sheriff's Office fielded a phone call about an individual threatening suicide and were told it was possible the individual crossed state lines and was in Nebraska.

Cedar County authorities made contact with the individual, who was traveling west on U.S. 20.