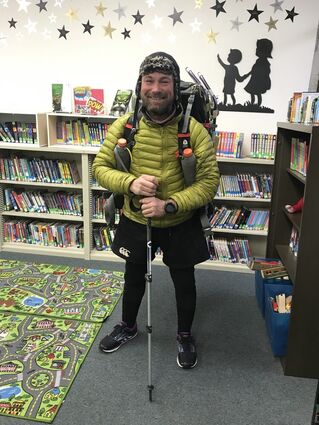 Stephen Ashworth, a Terrell, Texas, native, is hiking across America via the Great Rail Trail. He traveled through the Summerland region last week.

Ashworth ventured through the Summerland region last week, stopping in Clearwater, Wednesday. He dropped his gear at the village's park, pulled out his super cat stove - a well-worn cat food can - added fuel - HEET gas-line antifreeze works best - and placed a titanium pot on it to heat water for a Cup of Noodles.

Soon, the Clearwater Public Library would open, and Ashworth, also known as Smiley the...