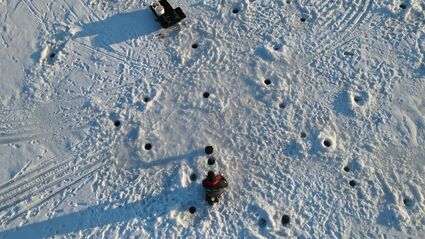 The poundage was enough to tip the scales in the duo's favor. The second-place team, Corey Curtis and Max Hieter, of Royal, caught 12.09 pounds.

Jeremy Kumm and May Kichler, of Osmond, finished fifth. The duo caught 11.54 pounds.