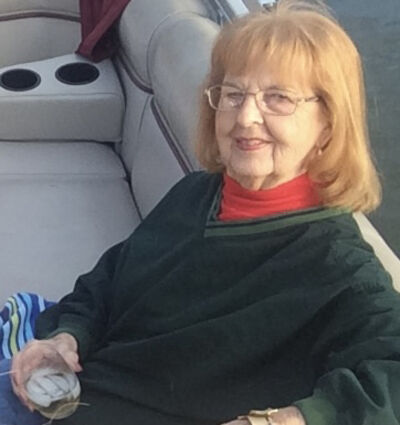 Memorial services for Betty L Vackiner, 97, formerly of Ewing, will be held later in the spring. Betty died at Arbor Care Center, in O'Neill, on Jan. 6, 2023. Snider Memorial Funeral Home in Clearwater will be handling the arrangements. Condolences may be sent to the family at http://www.snidermemorialfh.com.

Per Betty's wishes, her cremains will be joined with Ed's and laid to rest in Snyder, Nebraska, in the spring. Memorials are requested to the Ewing American Legion Auxiliary and Ewing Fire and Rescue.

Betty Lou was born Sept. 26, 1925, to Edward and Cora (Fredricksen) Mallette at Hooper, the eldest of three children. She grew up on her parents' farm near Hooper. Although her younger siblings were allowed to finish their schooling, Betty was brought home after completing the sixth grade to help on the farm and help care for her aunts and uncles. She made $3 per week helping relatives. Betty moved to California for a few years, a true "Rosie the Riveter", working for Mitchell Camera Company, where she made cameras for airplanes during WWII.

She returned to Nebraska and married Hans Edmund "Dutch" Vackiner on Aug. 14, 1948, in Swaburg. They adopted their son, Jeff, at two months of age, in 1960, while living in Scribner. Family meant everything to Betty, and she loved joining everyone for family Sunday dinners and birthday parties. Ed's career took them to communities in Fremont, West Point, Scribner and Elba before settling in Ewing in 1976, where Ed became president of Farmers State Bank. Betty never sat still, selling Avon and was a Home Interiors Representative from 1974 to 2010, keeping a garage full of "bargain buys" long after; she even kept the price tags on the decorations in her nursing home, "just in case someone caught their eye on something." She made many friends through Home Interiors and cherished them the rest of her life.

After Ed retired, they enjoyed traveling on cruises, fishing expeditions and took a couples' bus trip to an away Husker game every year. They loved to go to dances their entire marriage. True to family tradition, she was an avid sports fan. Betty kept a meticulous house and garden and worked circles around everyone late into her eighties. She was the best "Oma" anyone could ask for, making sure every holiday and birthday was special for her three grandsons. She lost Ed in 2015 after 66 years of marriage; she then moved to Valentine to be closer to "the kids." She made friends wherever she went. Betty was a member of the Ewing American Legion Auxiliary, Marathon Bridge Club and a charter member of Summerland Golf Club. One of Oma's and Opa's greatest joys was teaching their grandsons to fish and golf.

She is preceded in death by her parents; brother, Pat and Helen Mallette; sister, Donna Lamprecht; and brother-in-law Bob Schafersman.