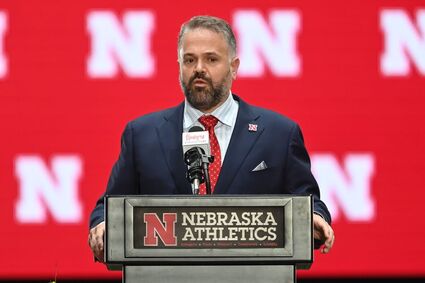 After a 76-day search on the coaching trail, Nebraska officially introduced its 31st head coach, Monday.

Matt Rhule, a former walk-on Big 10 linebacker at Penn State and former coach in collegiate and NFL ranks, will make $72 million for an eight-year stint.

Nebraska Athletic Director Trev Alberts told the crowd assembled in the Hawks Championship Center, he interacted with 13 coaches throughout the search process.

"Candidate 1A, for me and the University of Nebraska, was always Matt Rhule," Alberts said.

During the search, Alberts relied on analytics to differentiate tangibles among candi...