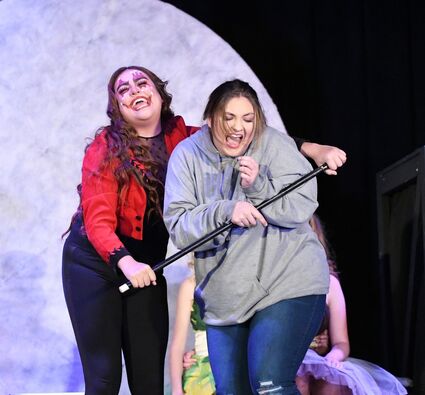 Sideshow • (l-r): Maniacal Max, played by Olga Mendoza, greets Monique, a student, who wishes she could disappear from high school, during Saturday's production of "Freak." The Summerland one-act will take the stage Sunday, Nov. 27, at 7:30 p.m.

After making adjustments, the team competed in the Eagle Invite, Saturday, at Lutheran High Northeast, where they claimed the championship.