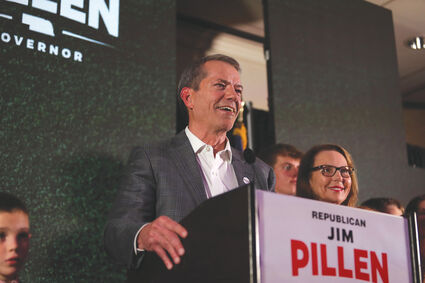 Race is over • Newly-elected governor of Nebraska, Jim Pillen, thanks his supporters at his election party Tuesday, Nov. 8, in Lincoln.

Initiative 432 amends Nebraska's constitution, to require voters to "present valid photographic identification" prior to voting. Nebraska's Legislature will hammer out the details, according to language in the measure.

Voters also approved Initiative 433, which will gradually raise the state's minimum wage from the current rate of $9 an hour to $15 per hour by 2026.