Attack of the clones: Thirty years ater, a Taylor-made mystery lives on 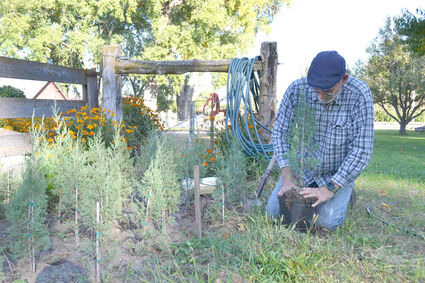 Growth • Every certified Taylor Juniper is a clone of the original mother tree, which died in the summer of 2012 from drought and cattle damage.

In the summer of 1978, Allen Wilke slammed the brakes.

He did this often. A true plantsman, he observed everything but the road itself. He would spy a flowering prickly pear in the ditch, a wild grapevine. He would double back without warning, often sending his son and daughter – half asleep in his gutted cargo van's backseat – tumbling forward with their luggage.

This time, the plantsman was alone. He was puttering through the Sandhills on Highway 91, a mile west of Taylor, when a tall, skinny evergreen - like an Italian cypress, he thought - punctured his periphery. He slammed the bra...