This is our home 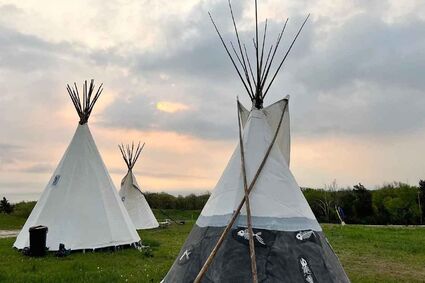 Power of prayer • After the Lincoln City Council and Mayor Leirion Gaylor Baird initially approved the development, the Niskithe Prayer Camp set up tipis in protest of the Wilderness Crossing development. The tipis were up for the 16 days that proceeded the moment the ownership of the land changed hands.

Native Americans in Lincoln and their supporters are continuing their fight against the Wilderness Crossing development set to be built near Wilderness Park.

The legal team for the Niskithe Prayer Camp, which formed to protest the city's support for Wilderness Crossing, is deciding how to respond to the latest legal development and hopes to take action soon, said Rose Godinez, senior legal and policy counsel for ACLU Nebraska.

Additionally, University of Nebraska-Lincoln professor Lory Dance created a petition to support the Niskithe Prayer Camp that has garnered more than 7,000 signature...