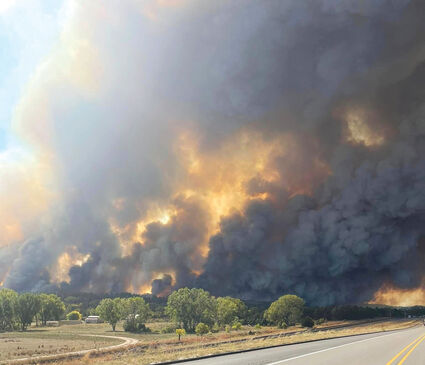 Up in smoke • A wildfire rages through the Nebraska National Forest, near Halsey, Sunday. Mike Moody, assistant chief of the Purdum Volunteer Fire Department, died from a medical emergency while battling the fire.

Authorities gave evacuation orders for Halsey and nearby campgrounds that day.

As of Oct. 3, the fire is at zero percent containment. However, officials with Nebraska NF&G said progress has been made on the north and east sides of the fire.