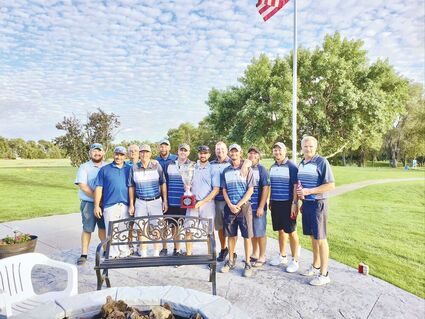 They're the kings of the carpet, masters of match play. And, they are the 2022 champions of the North Four Tee Championship.

"They" are 12 members of the Summerland Golf Club, who brought their "A" game to Saturday's competition against Plainview, Atkinson/Stuart and Evergreen Hill course teams in the annual event.

Started in 2013, the North Four Tee is the brainchild of Toby King, of Brunswick. The tournament, featuring the best of the best, began in 2013 and, with the exception of a rainout in 2019, has been held at alternating courses each year.

The championship consists of three segmen...