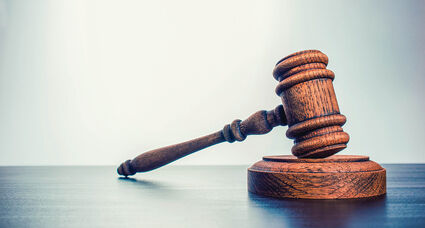 Justin M. Golter, 47, of Orchard appeared in the Antelope County courtroom Sept 7, for arraignment on charges related to his alleged flight from officers after an appearance in district court Aug. 31. If convicted of the current charges, three Class 1 misdemeanors, resisting arrest, obstructing officers and obstructing government operations, Golter faces fines of up to $1,000 on each count and/or up to one year incarceration on each, which may be ordered consecutive to each other. He asked for court-appointed counsel. Public defender Pat Carney, who represents him in the district court case...