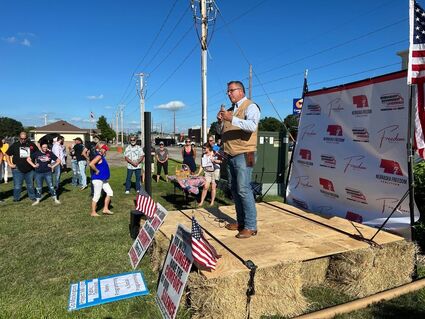 Nebraska voters looking beyond the two major political parties and a Libertarian could have a fourth choice on November's general election ballot for governor.

Long-odds candidate David Wright of Ewing is trying to get on - as a nonpartisan candidate.

Wright, a former Republican who has re-registered as a nonpartisan, should hear next week if he turned in enough valid signatures to petition onto the fall ballot.

Wright spoke at a Kearney event organized, in July by the Nebraska Freedom Coalition, to help topple the former leaders of the Nebraska Republican Party. He is a longtime conservati...