Smith joins ranks with the few, the proud 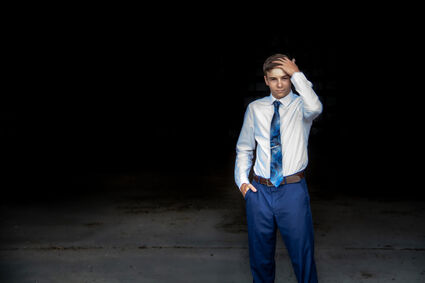 Keegan Smith is preparing for his next adventure: boot camp for the Marine Corps.

"I had heard people talking about the military at a young age, so when I had time, I looked up the different branches," Smith said.

The 2022 Summerland School graduate said he always knew he wanted to join the military.

"We would have been shocked if he would have taken a different path. Ever since he was young, you could either find him out back dressed in camo playing army, or he would be in the street playing basketball with his brother," said Didi Smith, Keegan's mother.