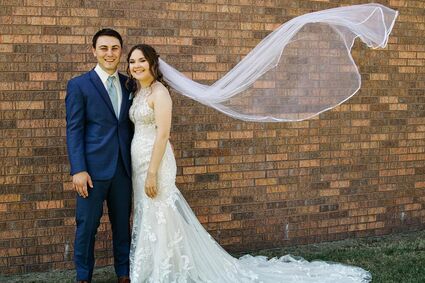 Rodney Bell, of Bellwood, and Joy and Kevin Woita, of David City, announce the recent marriage of their daughter, Brooke Bell, to Travis Rudloff, son of Paul and Pam Rudloff of rural Clearwater.

The couple was married before family and friends at St. Theresa Catholic Church, in Clearwater on June 11, with Father John Norman officiating.

Bell is the granddaughter of Robert and Joyce Bell of Bellwood and Phyllis and the late Reverend Robert Carlson of Omaha.

Rudloff is the grandson of Jim and Kathy Koenig of Clearwater, Denis Rudloff of Verdigre, and Larry and Adella Haineraich of Verdigre...