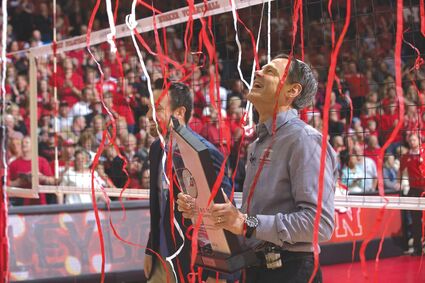 Under pressure • In 2009, even after winning two national titles, John Cook felt like a failure. A new focus on his mental health, including therapy, meditation and yoga, helped Cook emerge as a happier, healthier volleyball legend.

University of Nebraska volleyball coach John Cook entered the 2009 season having won 281 of his first 300 games – a ridiculous .937 winning percentage.

At age 52, he had already won two national titles.

But, inside, Cook didn't feel like how you are supposed to feel when you reach the summit.

Instead, even as his squad went 31-3 and reached the Final Four that year, Cook felt empty. Lost.

"I thought I had it figured out and then it all came crashing down. I woke up one morning and the world was upside down...I was like, 'There'...