Chipps named athlete of the week 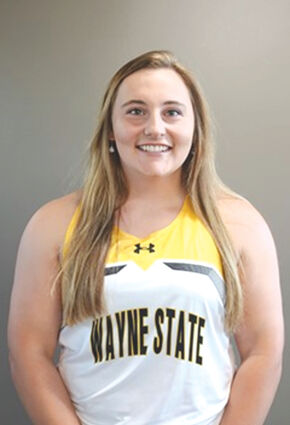 Brooklynn Chipps, of Wayne State College, was named the Northern Sun Conference Women's Field Athlete of the Week, after her performance last weekend at the South Dakota Challenge in Vermillion.

That throw ranks fourth best in the NSIC this year.

The throw set a personal best for the Clearwater graduate. The mark currently is second in the NSIC and fourth in N...