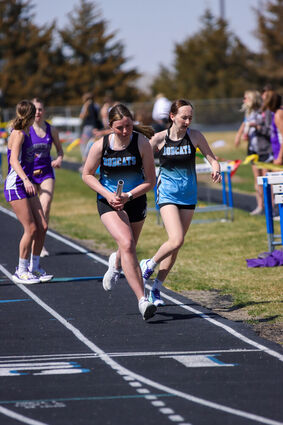 Handoff • Adyson Mlnarik establishes a pace after taking the baton from Ellie Dougherty, Thursday, during the 4x800 relay at the Wausa Invite. The team, which also includes Carlee Livingston and Aislyn Kester, placed seventh.