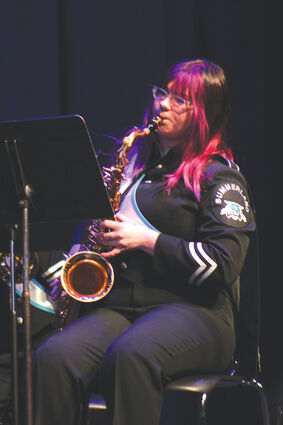 Director Emily Heithoff said the band received straight ones, or superiors, from a panel of three judges.

The high school choir received a one (superior) rating.