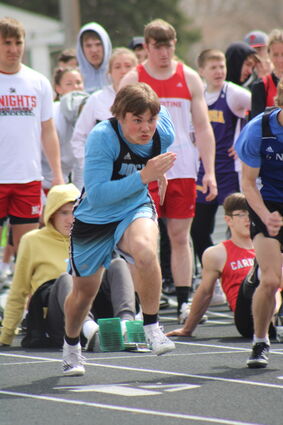 Trevor Thomson led the squad, earning gold in the 100m and silver in the 200m.

Thomson, along with Jaykwon Petite, Kendrick Schroeder and Keegan Smith, finished sixth in the 4x100, crossing the line in 47.23.