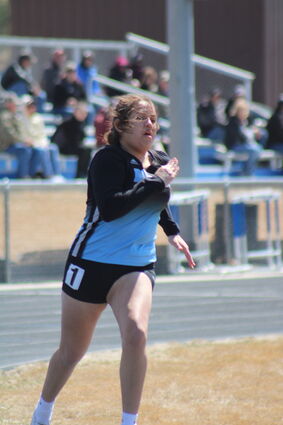 Round the bend • Olga Mendoza heads down the backstretch of the 400m heat during the North Central Invite, April 4, in Bassett.

Other Bobcat performers and their placings include: