Headed to The Big Peach 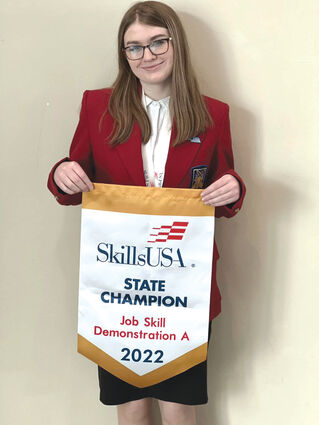 Summerland junior Faith King will head to Atlanta, in June, to represent Summerland and Nebraska SkillsUSA.

King was crowned queen of contestants entered in Job Skill Demonstration A, Saturday, in Grand Island, during the state SkillsUSA convention.

According to SkillsUSA rules, "the contest requires the demonstration of a performance of an occupational skill within the chosen career pathway, accompanied by a clear explanation of the topic through the use of experiments, displays or practical operations."

Contestants have five to seven minutes to demonstrate a job skill and may use visual o...