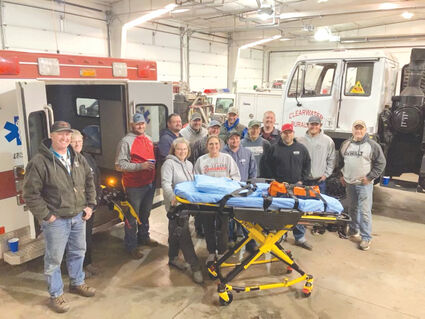 Clearwater Fire and Rescue Department members show a new piece of equipment added to its inventory. The department received a Stryker Power-Pro ambulance cot, a powered, wheeled stretcher which aids in the transport of a traumatized, ambulatory or non-ambulatory patient. It features a hydraulic system that raises and lowers patients by pushing a button.