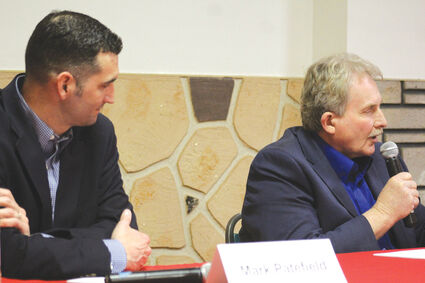 The public had an opportunity to hear platforms of four candidates vying for the District 40 legislative seat, last Thursday, during a forum held in Plainview.

Barry DeKay, of Niobrara; Robert Johnston, of Clearwater; Keith Kube, of Crofton and Mark Patefield, of Laurel participated in the 90-minute event.

Farm Bureau sponsored the forum, which was moderated by Chad Moyer, of the Rural Radio Network. Candidates were given two minutes to respond to questions submitted by audience members.

While most candidates voiced similar views and potential solutions on topics, ranging from tax reform, e...